As part home to Mount Everest, Nepal is a country of extremes.

It is one of the most aesthetically and humanly beautiful countries in the world. With its soaring Himalayan mountains, deep valleys and peaceful environment, coupled with its kind, gentle and generous people, it is no wonder that many refer to Nepal as being Shangri La.

Likewise, Nepal is one of the poorest countries in the world. Due to its steep terrain, lack of natural (saleable) resources, and difficult accessibility, it has a per capita Gross National Income of just £150 and 24% of the population lives on less than 50p per day. More than half of the adult population is illiterate, 65% do not have adequate sanitation facilities, only 2% have a phone, and fewer than 1% are Internet users.

The impact on the children: 74 out of every 1000 children die by the age of five, 39% do not receive education beyond the fifth grade; 31% are engaged in some form of child labour; and approximately 970,000 children are street children and orphans. Girls can be lured to Kathmandu and India as slave labour or sometimes prostitution. 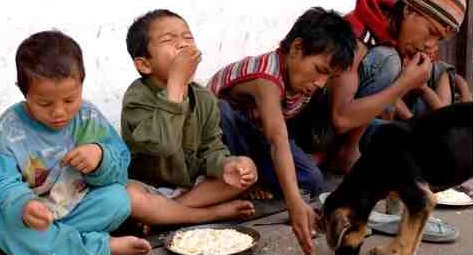 Nevertheless, travellers find Nepalis as fine, welcoming people with a great sense of humour. Nepal is a democracy (with a recently achieved secular constitution in 2015), and the Maoist attempts to disrupt political and social life seem to have failed. More recently (2015) the Indian Government put pressure on the country to make its constitution Hindu. To enforce this they closed the borders for a full seven months and supplies – building materials, food, medecines – were severely limited. Nepal has strong ties with the West, which have endured in spite of Chinese and Japanese contributions to infrastructure and resources. Nepal receives major support from the UK, its biggest single donor.

The April 2015 earthquake has a massive effect on Nepal. Its infrastructure, institutions, routines, festivals, work paterns and families were all severely disrupted. Several of our students were orphaned and others left homeless. The Nepal Government has been ineffective: after a full year, almost none of the £70 million international aid offered, has reached those who need it. The only and best way to bring in aid has been to circumvent the official routes and institutions.

For further information you may like to visit one of the following: