Newsletter 14 – November 2013
Please support a fundraising climb!
Why are we asking you to support this climb? Here is the story …..
http://www.justgiving.com/Alison-Sykes3 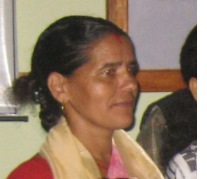 Gita Devkota is a mother in the Kaski area of Pokhara, Nepal. This is a very poor area and the family of five live in one room of a relative’s house. Her older children were taken out of school to earn cash for the family. She works as a domestic servant. Her husband Khim Lal works in India, and sends money home when he can.

Gita is blessed with a very talented and determined daughter called Sangita. Sangita has one leg shorter than the other, but is a high-flier (top school grades of 80%, 78%) . Her head teacher recognised that poverty was about to force her from school and approached The Rotary Club of Pokhara Fishtail , who approached the Fishtail Fund. We have supported Sangita since 2011.

When Sangita gained marks high enough to allow her a college place, Gita realised that for a low-caste family the game was probably up. The nursing course costs £700 a year. Mother earns 8p an hour as a cleaner and Father’s irregular £18 payments were not sufficient. Gita was desperate to support her daughter and agreed a loan at a terrifying 20% compound interest, which would have been impossible to service.
Sangita already had a sponsor, Elaine Minningham, President of the Rotary Club of Ilkeston. Elaine and husband Norman have guaranteed Sangita’s college costs for the full three years, a wonderful gesture of support. Elaine is sending Sangita a message and also a nurse’s watch, as Elaine herself was once a nurse. Thanks from everyone to Elaine.

At last week’s Rotary Club meeting in Pokhara, Gita and Sangita heard the news. Mother was in tears. Sangita promised that after starting my own income, I will support other students from poor families to continue their education.

Our other top student, Gandira Thapa Magar, is still applying for a University Engineering course but Trustees in Pokhara are confident they will find her a place, with course fees guaranteed by the Rotary Club of Hope Valley.
Both students will have other costs, for accommodation, travel, food, stationery and textbooks. To cover these costs, Alison Sykes (with her daughter) is planning an attempt to reach Annapurna Base Camp, a challenging trek above Pokhara in Nepal. She leaves on 14th November, and has put in weeks of hard training. 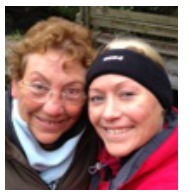 If you feel able to support Alison’s attempt, please look for more on ….
http://www.justgiving.com/Alison-Sykes3

Gift Aid will add 20% to your contribution.