The Education System With particular reference to Pokhara.

General Nepal, the 12th poorest nation on earth, has a stable democratic Government and does its best to supply free education for all. It spends an estimated annual £56 on each child at school. This pays just for schooling, teachers’ wages, school buildings, but not for students’ travel, uniform, books or exam fees. The salary of a Government primary teacher is typically £700 a year. Head teachers might earn £850 a year. Children are enthusiastic about school. Many travellers will recall seeing lines of poor-looking children in uniform, hurrying to school. All wear some kind of uniform. Each school day begins with prayers. 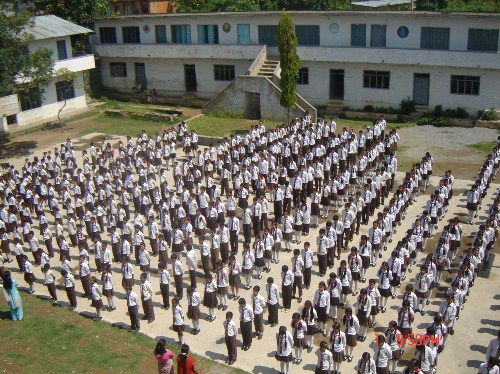 Fishtail Students:  Students start secondary school in Year Eight. The school year begins in July and ends in April/May. There is a small exam at the end of each school year shown as a percentage. At the end of Year Ten (aged around 16) they sit the exam in March and the results come out in June. The new 2017 name for this exam is the SEE (Secondary Education Exam). The marks range from 5 (top mark) to 1 (lowest mark). Clever students will score averages from 2.9 to 3.6.

Fishtail Plus Students: the school year starts in July and ends in April / May. They sit an intermediate exam at the end of the first year in May. At the end of the second year (aged around 18) they sit the SLC (School Leaving Certificate) in May/June, with results in June. The marks are shown as percentages.

College Students: the colleges start the year at different times, often September or April. Students have an intermediate exam at the end of each year (components can be retaken), with Finals at the end of the course.

School levels and ages are similar to those in Europe: but attendance patterns are not: 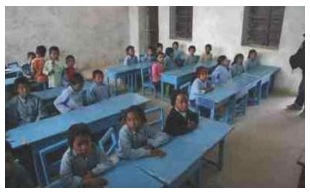 A large number of children in villages do not even complete primary level education. Poverty-stricken families can’t afford to send their children to schools if no helping hands are available in the family. Seeing many educated people roam around with no job, many parents in the villages do not see a better prospectus for the children even after acquiring school education. The plight of educated, unemployed youths has created a dint of feeling among them that education can’t guarantee a job. They would prefer to work in the field and grow seasonal crops and vegetables, that will at least keep them secure from the fear of being unemployed. So, many villagers do think that time and money spent on education will only go to waste. For our Fishtail Fund children, just to have made it to secondary school is something of a triumph
Secondary

Staying – on rates: most children start school but then many drift away. At this school visited by a Trustee, only four fourteen-year olds were still attending

In Government schools, the lessons are free. However students have to pay for travel (the schools may be further from home), uniform, stationery and textbooks. This is where the Fishtail Fund offers support. 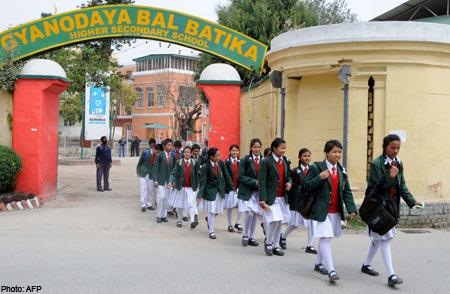 In private schools standards (and fees) are high

The standard and the quality of education are quite high. Most of the middle class families send their children to such schools, which might be in their own city or far off, like boarding schools.

Even more affluent parents send their children to schools in India.

Furthermore Government schools use the local language for their teaching, with English as a taught subject. Private schools, crucially, teach in English. This puts our Fishtail Fund students at a considerable disadvantage in opportunities in education. 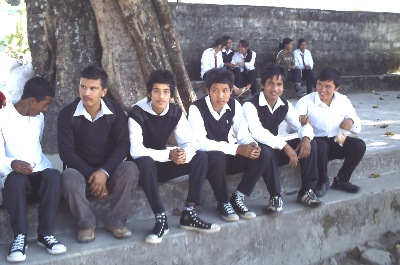 Less than 20% of Government school pupils pass the SLC. Therefore to qualify for college is a major achievement for Fishtail students. Also the costs are higher: colleges may be further away meaning students being longer away from home and therefore able to help less at home or in the fields; textbook costs are higher.

There are Government-supported colleges where the teaching is free. However the quality of teaching is poor. Most education at this level is provided by the private sector. 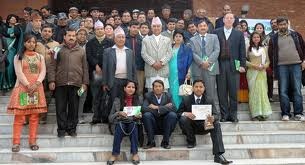 There are five universities in Nepal, including one in Pokhara established in 1997: see www.pu.edu.np Though it is supported by Government funds, it is essentially a private institution and charges fees, as in Europe. For detailed breakdown of costs see Fishtail Plus There are Nepali support scholarships available, but they tend to support only up to 20% of the fees. All Bachelor’s degrees are of four years course extended in eight terms. There are three Faculties: Sciences and Technology, Management Studies and Humanities and Social Sciences. So far the university has 1053 graduates. We hope eventually that some Fishtail Fund students may complete their education in the UK. Various grants are available and we will consider these in time. An example of university support can be seen at

Other topics
The call of cash
Many clever Nepali students are enticed abroad by the attraction of big bucks in Europe and America. We are aware that this might happen to our Fishtail youngsters. We hope to persuade them that the investment we have made in them is best repaid by them staying at home and helping to improve their own country.